Description of the subject: Despite progress in genome sequencing of the legume model species Medicago truncatula, some genes described in other species are not mapped.

Objective : Four genes described in the literature to be involved in the genetic variation for aerial morphogenesis in Arabidopsis thaliana and pea (Pisum sativum) were thus identified. Three of them are known to be involved in growth process, particularly in stem … La suite 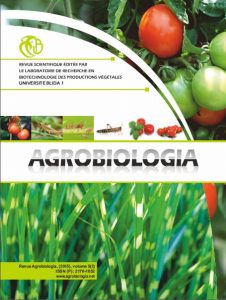